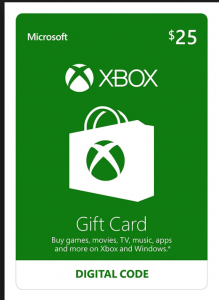 If we all know one thing it is that the gaming industry makes a ton of money.  With popular game prices starting at around $60 dollars a game, accessories always being updated and sold at a pretty healthy cost, there is money to be made.  However games, equipment and accessories are not the most profitable for the gaming industry.  Nope the industry finds most of it’s revenue in In-game purchases!  That’s right, buying extra lives, more in-game money and other trivial things as such, has the gaming industry profiting immensely.  Notice how I said in game purchases were trivial?  Well to a true gamer and those with an especially competitive nature, the little boost in lives, or money to buy things within the game become important.  So what do we do? We spend really dollars to purchase the games dollars.  Now not only have we bought the hardware, purchased the game(s) but we have also spent money to profit while playing the game.  It is a continuous cycle that is bringing billions into the gaming industry.  With more games being developed, and more people jumping on board to play these games there is no end in site for the revenue the industry of video games will rake in.

While in the game store last week I overheard a converstation between a kid and his parent.   The kid who was probably about thirteen was purchasing a gift card for a friends birthday for the game Grand Theft Auto.  His mother was asking him what exactly the gift card would buy his friend.  The kid told his mom that his friend needed more money in the game to be able to purchase a Lamborghini for the game character to drive.  The mom starting looking at the gift card prices and exclaimed she couldn’t believe someone would pay $100 to have 3 million dollars in game money.  Her son then asked her to purchase a $40 gift card for himself so that he could use the in-game money for FIFA.  He wanted to be able to draft Lionel Messi onto his soccer team in the game so he could win the cup!  His mom just stood there telling him she couldn’t believe that he wanted to spend money on that but in the end helped him purchase both gift cards!  And so the process begins.  One more consumer ready to spend actual money to buy game money.  It is a genius additive to an already lucrative business , but also a endless money drainer for us consumers!  Be careful not to fall to deep into the trap!